How to upgrade or downgrade raspberrypi’s kernel?

Lately, I got some problems with servoblaster and some other softwares because of the kernel version. That is why sometimes it is good idea to have previous kernels rather than very last one. To solve these kind of problems we can downgrade linux kernel.

Here how we downgrade(upgrade) our kernel to a specific kernel with rpi-update.

Then, go to the firmware repository of rpi: https://github.com/Hexxeh/rpi-firmware/commits/master

Find your kernel version. I will install 4.09 so here how I do:

Then get the git hash as shown in the following image:

After copying the git hash, type this in the terminal:

You should get something like in the following image: 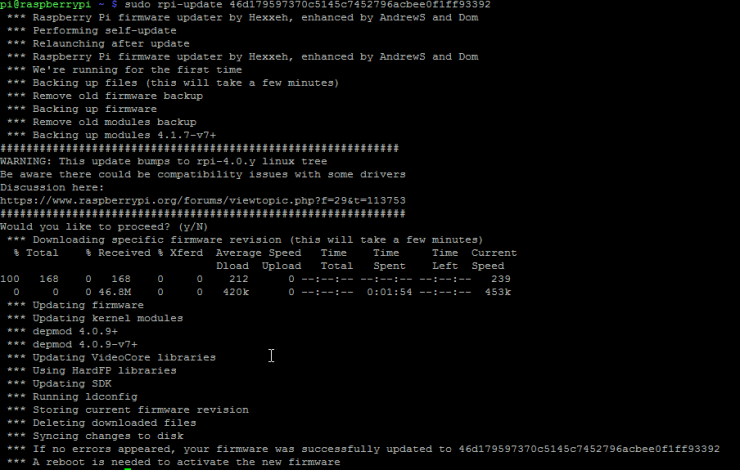 Then reboot your system.